Beginning in January of 2018 I began experiencing pain in the AC Joint of my left shoulder. I felt the pain the most when hitting forehands in tennis as well as performing activities with a straight arm. I first attempted to rehab my shoulder through two weeks of physical therapy, however when I returned to playing the pain was the same and began to get worse. As a result, I received an MRI and went to see Dr. Cole in February 2018. He could see from the MRI and X-Ray that I had AC Joint Osteolysis and recommended I receive a cortisone shot. I got the cortisone shot that day in March 2018 and then did another two weeks of physical therapy before returning to practice. I returned to practice without pain and was able to play relatively freely, however, I still felt something off in my shoulder. 6 weeks after I began playing again the pain in my shoulder returned the same as it was before the shot. I saw Dr. Cole again in May 2018 and he concluded I needed to have surgery to solve my problem for good. I went in for surgery May 8th, 2018. Immediately after surgery I noticed the bump I had over my AC Joint was gone, which was extremely relieving. I rested and then began physical therapy for approximately 6 weeks and slowly incorporated fitness and eventually slowly got back to tennis. My two hardest obstacles were breaking through the post-surgery tightness in my shoulder and getting back to my same level in tennis. However, after battling through some anxiety and worrying about my shoulder, I was able to get there. I am now in my first season of college tennis at Claremont Mckenna College, I am a starter on the team, and we are ranked #1 in the nation. I feel healthy and have no lasting effects of my injury or surgery! 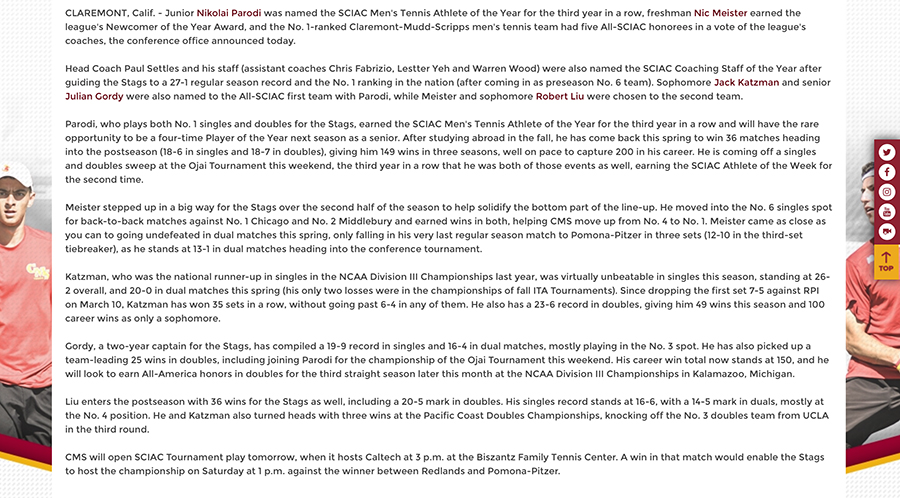 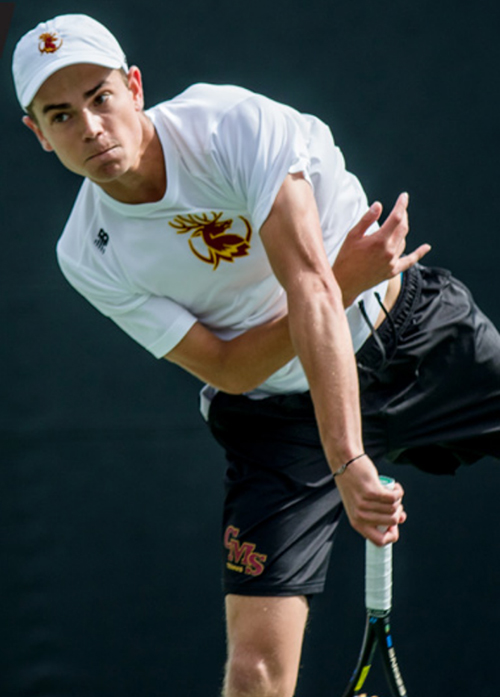